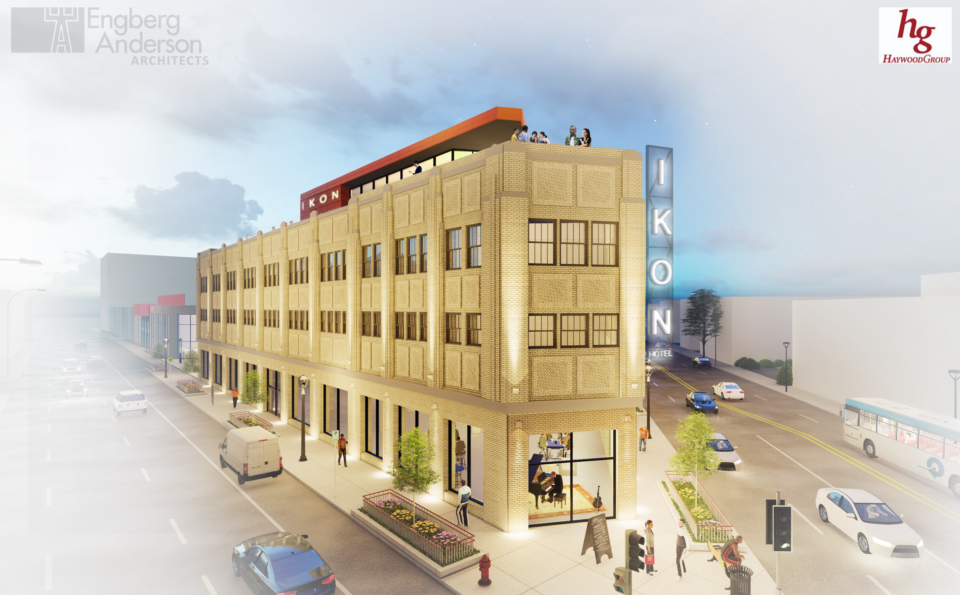 The city and developer Kalan Haywood are advancing a plan to redevelop the former Sears department store at 2100 W. North Ave. into an 80-room hotel and conference center.

The hotel, to be known as the Ikon Hotel, would be attached to a 24,600-square-foot conference center. Haywood hopes to begin construction later this spring, with a chance to open the hotel in time for the Democratic National Convention. A co-working space and apartment complex are planned for future phases of the project, which the Haywood Group is calling “One MKE Plaza.”

The city will support the project’s first phase through a tax-incremental financing (TIF) district. An initial loan of $4 million will be used to support site preparation work, including absestos abatement, and repayment of a loan used to purchase the building…