Like most American cities, Milwaukee was once a hive of department store activity.

Many of us remember Gimbels and Schusters, maybe even T.A. Chapman’s, though few of us know Espenhain’s other than as a name from Brew City history. Then there were the smaller ones like Goldmann’s and Miller’s.

The last gasp for Milwaukee department stores was the closing of Boston Store, at the corner of Vel R. Phillips and Wisconsin Avenues, on Aug. 29, 2018, after nearly 125 years on the site. 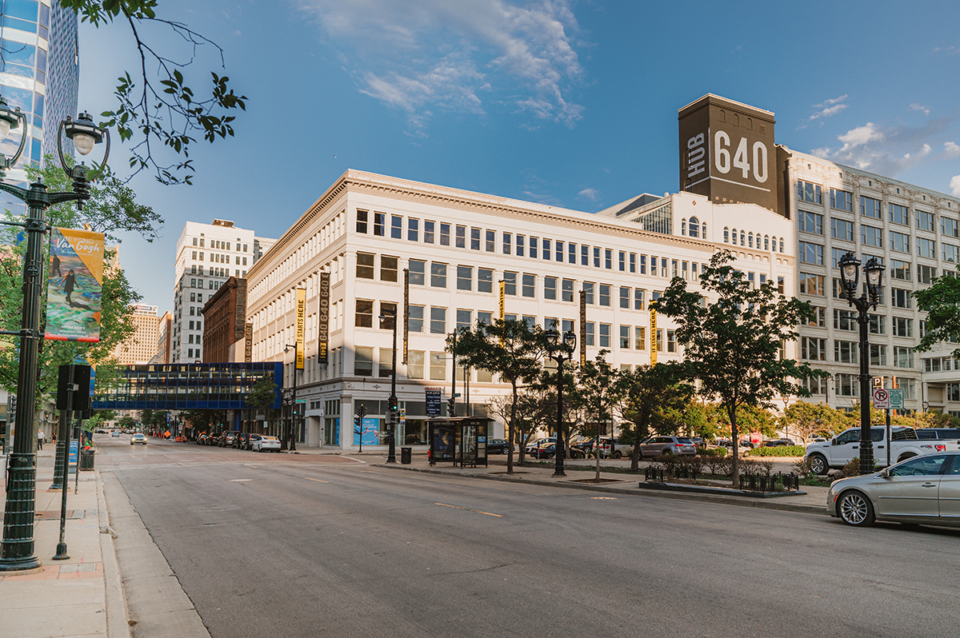 Mandel Group developed residential units a few years ago on the top floors of one of the buildings.

Hub 640 is a project of Chicago’s North Wells Capital, which bought the building in 2017 and leased back the lower two floors to Boston Store, which was attempting to stay afloat there, with city assistance, and maintain its headquarters on the site, too.